If you have a direct login for MainStreet Connect for remote deposit check scanning only, Click here

For your security, please review your internet browser's "Help" section 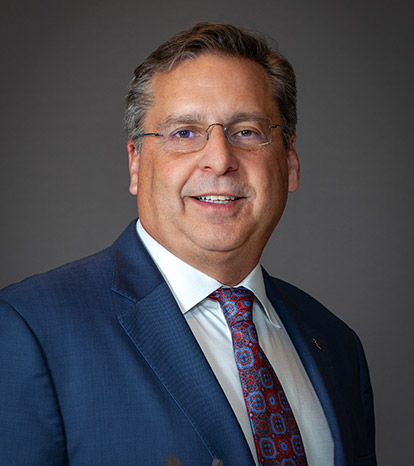 Mr. Dick is a co-founder of the Bank and also held the title of President until December 2016. From 1999 until January 2003, he served in various positions at a local community bank including Executive Vice President and as a member of the Board of Directors. Prior to this, Mr. Dick was an advisor on risk-based banking supervision for the Bank of England (UK Central Bank) and the Financial Services Authority (FSA) from 1996 to 1999.

Mr. Dick began his banking career with the Office of the Comptroller of the Currency in 1983 as a Field Examiner, and he became a Field Manager in Washington, D.C., in 1993. He has a diploma from Imperial College and a B.S.B.A. in both accounting and management from the University of North Dakota. Mr. Dick earned his Executive M.B.A. (with Distinction in Management) from the University of London, Imperial College of Science, Technology & Medicine.

Mr. Dick was a Director of ICBA Bancard, Inc., the holding company for TCM Bank and was a member of the ICBA’s Federal Delegate Board. Mr. Dick was a Director and former Chair of the Virginia Association of Community Banks (VACB). Mr. Dick is a past member of the Federal Reserve Board of Richmond’s Payments Advisory Counsel and was on the Board of Directors of the Dulles Regional Chamber of Commerce.

Find me on LinkedIn

"Attention to detail, and a willingness to go the distance to ensure our customer has an excellent experience is what sets us apart."